You can visit us on Twitter, Facebook LinkedIn or Find us on Google+ to connect with CBL.

It is often the case that commercial or business contracts and agreements contain clauses that enable one party to terminate the contract if the other party has not performed a particular obligation by a specified date.  These clauses may be found in many different types agreements, including sale and purchase agreements regarding the acquisition or the sale of businesses or companies such as a share sale agreement, unit sale agreement or contract of sale of business.

For example, a contract of sale of business may state that the vendor may terminate the contract if the purchaser has not paid the purchase price by a particular date.  These contracts will usually contain a provision to the effect that ‘time is of the essence’ in the performance of the parties’ obligations under the contract.

In an agreement where time is of the essence, and a contracting party fails to perform by the stipulated time, this will in a number of cases give the party who is not in breach the right to terminate the contract immediately by giving written notice of termination, but without any prior notice to the defaulting party.  The person or company terminating the contract will usually then be able to commence commercial litigation against the person or company who was in breach, and seek to recover the loss and damage that they have suffered as a result of the breach of contract.

To use the example of a contract of sale of business the loss and damage that the vendor may seek to recover would include the sale price that was contracted with the original purchaser less the amount for which the vendor is able to sell the business to a new purchaser.  The vendor must mitigate their loss by making reasonable attempts to obtain a reasonable value for the business if they do re-sell to a new purchaser.

It is important that caution is taken in terminating a contract for non-performance of an obligation even where it is stated in the contract that time is of the essence.  This is partly because certain breaches are not sufficiently serious to justify termination or rescission of a contract.  It is also because, even though time may have been of the essence at the time of entering into the contract or agreement, a Court may determine that a party has waived their right in that regard. 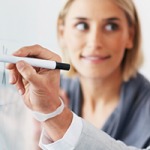 Returning to the example of selling a business, if payment of the purchase price is not made on the settlement date, the vendor may by certain conduct waive its right to receive payment strictly on that date or shortly after that date.  If the right is waived this will be construed by the Court as an election not to rescind or otherwise terminate the agreement consequent upon the failure to pay purchase price by the relevant date.  The purchaser would remain in breach of the contract due to their failure to make payment by that date, but it would not give the vendor the right to terminate immediately.  In effect, time may cease to be of the essence.

It is important to seek legal advice prior to giving any notice of termination under a contract or agreement.

The pages of this site relevant to this article can be found here:

Please note that the facts and circumstances relevant to every client are different.  The above article should not be relied upon as legal advice.  Article by Nicholas Corr published 6.8.13.  To be notified of new articles: